Gender equality: We’re not there yet 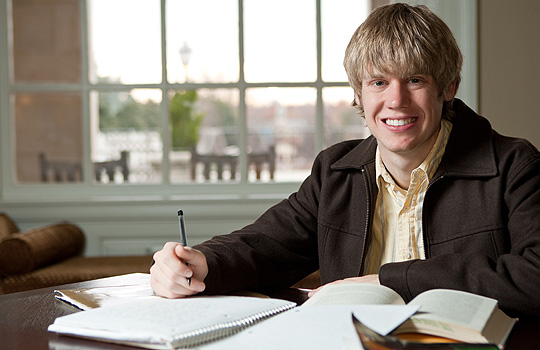 Matt Triplett says we need to study women and gender because our culture is laden with artificial gender divides.

It’s a fairly common occurrence. I’m bustling down the Quad, breath short, book bag swaying back and forth, trying to make it to class in time, and I see someone I know. We exchange obligatory greetings, and then the question always comes, “Where are you headed?”

I get the chance every time this question is posed to reveal something about myself, about my politics and beliefs, and about my opinions of how our culture is structured and divided. I have this opportunity because, unlike responding that I’m headed to economics or biology, saying that I’m on my way to my Women’s and Gender Studies class is a response that comes loaded with connotations and meaning.

Sometimes, in a society like ours, the study of something as seemingly fundamental as gender can become uncomfortable. “Why is it,” people always ask me, “do we need to study women and gender? After all, haven’t we already achieved equality? Women can vote; they can own cars and houses, and they can go to work outside the home.” Most importantly, people wonder, why I, a guy, am so personally vested in such study.

I love this scenario because it gives me the chance to impart some of the knowledge that I’ve gained as a WGS minor. To begin, there’s the obvious: we still do not have gender or sexual equality in the United States. Every day across this country, women earn 77 cents for every dollar their male counterparts make. That means that every female Wake Forest graduate can expect to make only about 77 percent of what I will over the course of our lifetimes.

Besides that, one in four women in the United States will fall victim to some form of sexual violence before they die. One in four of my girl friends here will be violated by men in some way, sexually, at some time in their life.

These numbers don’t tell the whole story, though. We need to study women and gender, not just because we remain an unequal and sexually violent society, but because our culture is so heavily laden with artificial gender divides.

So much of what we do every day is informed by the ways in which we have been socialized to behave as men or women, as masculine or feminine. Even in the hallowed halls of academia, our society is structured along a rigid, gendered grid which dictates how, and what, we see, what we wear, what we study, and how we conceptualize our very identity and sexuality. As such a fundamental factor in how we as human beings behave, I think the question should be, “Why don’t we study women and gender?”

The Women’s and Gender Studies program is a fantastic avenue for undergraduates to try to grapple with these important and difficult questions. With the program’s interdisciplinary focus, students are able to examine gender, sexuality, and women’s studies from a variety of perspectives. In my own experience, I have looked at the way in which gender is constructed in biblical contexts, in the contexts of South Asia and Latin America, and from the perspective of women political philosophers, both historical and modern.

More than that, the program is a good one because it focuses on both women and gender studies. While I thoroughly enjoy learning about women and femininity in our culture, I am equally intrigued by the study of men and masculinity. In reality, one has to incorporate the study of multiple genders in order to gain a full and nuanced appreciation for any one, particular gender.

Further, many of the faculty in the program are interested in taking such study even further, exploring the roles that race and class also play when they intersect and interlock with gender. The program is full of caring faculty who are interested in allowing students to explore their interests in a range of creative contexts, and I would recommend this field of study for any person who has a serious curiosity about the role that gender plays in our global and national society.

Matt Triplett, from Wilkesboro, North Carolina, is a senior political science major with double minors in religion and women’s and gender studies. He receives support from the William Louis Poteat Scholarship, the Zachary T. Smith Leadership Scholarship, and the John W. Boatwright Scholarship.