I Knew I Had To Go Back 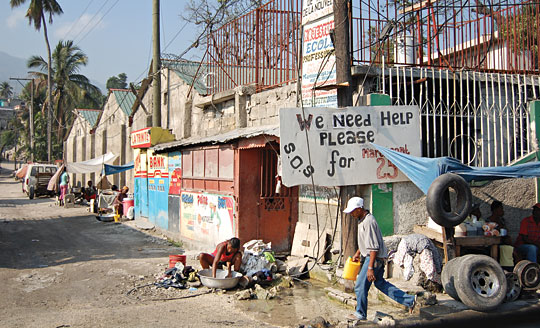 I first traveled to Haiti in December of 2009 on a medical mission trip for a nonprofit called Forward in Health, with my mother who is a plastic surgeon. I hoped my health and exercise science major would be useful to the medical professionals and my social entrepreneurship experience might allow me to explore strategies to help on a larger scale. I also planned to develop my photography skills and visually catalog the trip. 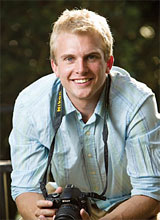 Little did I know the impact this experience would have on me. We spent less than a week in the country but traveled most of the way west along the southern peninsula. We visited three hospitals and three orphanages, held clinics and treated dozens of Haitian adults and children, many of whom were orphans. We met Cuban doctors, Haitian nurses, various members of the church and many smiling children. We saw conditions that would be quickly resolved in the United States, including malnutrition, cleft palates, minor infections, and scabies. We sat up at night brainstormingideas about how to bring more aid to the country.

It was during one of these conversations that my mother asked the founder of one of the orphanages an unexpected question. “Do you ever have earthquakes?”

On January 12, a 7.1 magnitude earthquake struck the very place I had been just three weeks earlier. It unleashed twice the amount of energy released by the atom bomb dropped on Hiroshima—on a people already struggling to survive.

At Wake Forest I followed stories of the tragedy and heard the increasing death tolls. I knew I had to go back. I felt a connection to the people I had met, especially the orphans I had played with and photographed. I have never before felt so drawn to provide aid in the form of service and decided to return in March during spring break. The trip back was an arduous one, but none of those difficulties compared to the emotional impact of seeing destroyed homes and massive encampments of battered and broken Haitians living in awful conditions. Men removed rubble and broke down damagedstructures by hand. Women cooked and cleaned and cared for children. It was clear that they were scared of another earthquake.

A dump truck dropped off a load of large stones at a building site, creating a thunderous cascade of tumbling rock. Every Haitian working indoors within a hundred yards dropped everything and sprinted outside, panting, eyes wide with fear.

A Haitian man named Paper (PAH-pē) described the earthquake. “It was loud. Like a big truck driving by. Except if the truck was in my house… It was so strong; it knocked me down. I could not stand up. I could not crawl to go outside.”

I asked him what he was thinking at the time, and he said, “For the first half-minute or something, I didn’t know what it was. Then, when I heard buildings falling down, I was just scared, praying to God it would stop. After it finally stopped, I went outside. Everyone went outside. We stayed there. We didn’t want to be crushed by walls falling in or ceilings when more earthquakes came.”

When I returned in March, the Mission of Hope orphans I had visited earlier were as playful and happy as I remembered. Their dormitories had collapsed. Their tents easily surpassed 100° Fahrenheit in the heat of the day and hardly dipped below 80° at night. For three nights I stayed in one of those tents, falling asleep sweating and miserable. They were to live there for the next several months.

Despite unbearable conditions, the children still shoved their way forward to get picked up or twirled about, always with smiles on their faces. Upon seeing me with my camera, they still yelled, “You! You! You!” to get my attention, followed by “Photo! Photo!” pointing at their chests and striking a pose. They played, “Chequi, chequi, chequi,” a singing game reminiscent of “Ring around the Rosie,” and “Duck, Duck, Pig” instead of “Duck, Duck, Goose.”

Since toys are scarce, they created their own from empty water bottles or chunks of Styrofoam. One pair of boys fashioned a working kite out of scavenged fishing line, a few sticks, and a clear plastic bag.

Before the quake, the poverty in Haiti was striking. Piles of white sand lined streets in areas of development to dilute mortar, and cinderblocks were everywhere. Many buildings had little more than corrugated tin roofs; some had no roofs at all. Traffic rules were limited to a general guideline of “yield to the bigger vehicle,” and even this rule was often disobeyed by motorcyclists, pedestrians, and livestock. The people did their laundry and bathed in the same rivers (sometimes in the same locations) into which others relieved themselves.

In the aftermath, weaker structures had collapsed, and many people were left homeless. Those with any possessions quickly erected stick-frame huts covered in sheets, for shade. Wherever cinderblock structures had stood before, only broken frames and crumbled cinderblocks remained. Few homes had running water, and there was simply not enough food to go around. Haiti’s rainy season began in April and brought with it a massive burst of mosquitoes, breeding in standing pools. A significant increase in malaria cases accompanied the mosquitoes in a country with practically no healthcare. In addition, the severe storms brought wind to tear down wood frames covered with tarps. The media focus has shifted now, but Haiti remains a country in dire need. Mission of Hope Haiti and Forward in Health will continue to offer support. My experiences in Haiti have been life-changing, and my desire to serve the people there only grows stronger. I know I will return to photograph more images of hope. Visit Mission of Hope Haiti and Forward in Health on the web at www.missionofhopehaiti.net and www.forwardinhealth.org.

Story and Photos
by Michael Metzmaker (’10)

Michael Metzmaker of Worcester, Mass., graduated in May with a degree in health and exercise science. He received a Chambers Family Fund for Entrepreneurship grant to develop his photography skills and plans to build a website to raise funds for relief efforts in Haiti (www. imageofhope.org). Michael is participating in the Summer Management Program at the Wake Forest Schools of Business this summer.